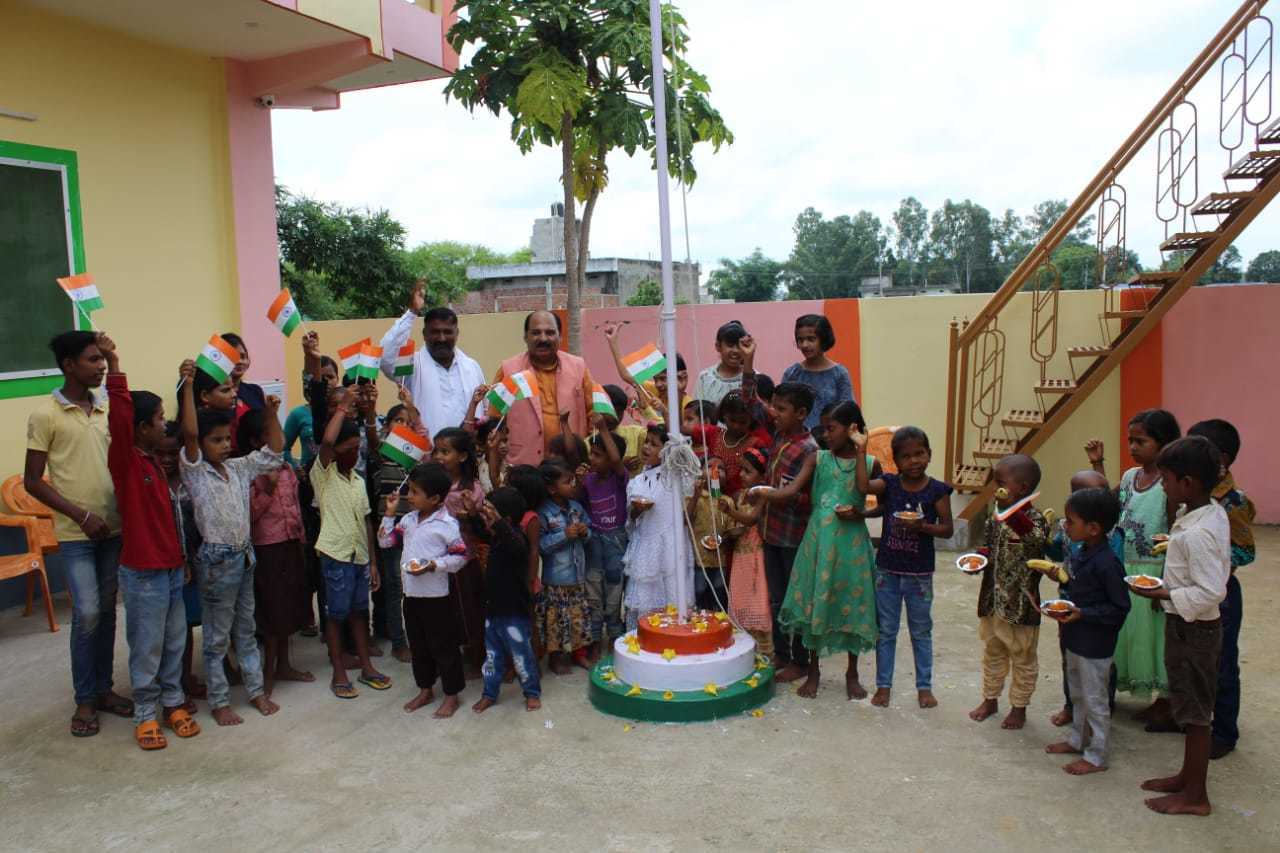 Even in September 2020, the Corona situation in India is very difficult to assess. The effects of the pandemic vary greatly from region to region, but there are a lot of central regulations and restrictions.

It was planned to start school for the poor children on April 1, 2020, there was already a “trial run”, which was also announced by the local newspapers (see article on the left in the picture). The start was then planned for July, but has unfortunately still not been approved up to now. We currently expect a start in November, but that is not certain either.

It is similar with the “Skill Development Program”, which is also not allowed to start again. Here, too, we do not assume that approval will be given before November. The same applies to the other programs. Only on Indian Independence Day a small celebration was allowed to be held in the center with a few children, as the above picture and the pictures in the gallery show.

The feedback from government agencies and local authorities to our new center has been very positive so far. At a meeting of Dr. Satya Prakash Tiwari, the founder of the Creation India Society, with Dr. Ajaya Kumar, a member of the central government for special disability programs, we were asked if we could offer a special program in our center. We submitted the application immediately after the conversation and hope that we will receive the license for it from April 2021.

Despite the still difficult situation regarding Corona, we are optimistic about the future. We are still in the process of buying a piece of land, because of our large Center the open spaces that we need for the school and the other programs are too small.

It was too good to be true. We had hoped so much that in the new year we could gradually start and continue with our...

In the middle of September, the time had come that we started a new attempt with our inclusion school. After the...